On Sunday 27 September 2015, more than 35 000 smartly-dressed gentlefolk in over 400 cities worldwide, straddled the saddles of their café racers, scramblers, classics and other marvelous custom motorcycles to raise awareness and help fund the cure for prostate cancer. 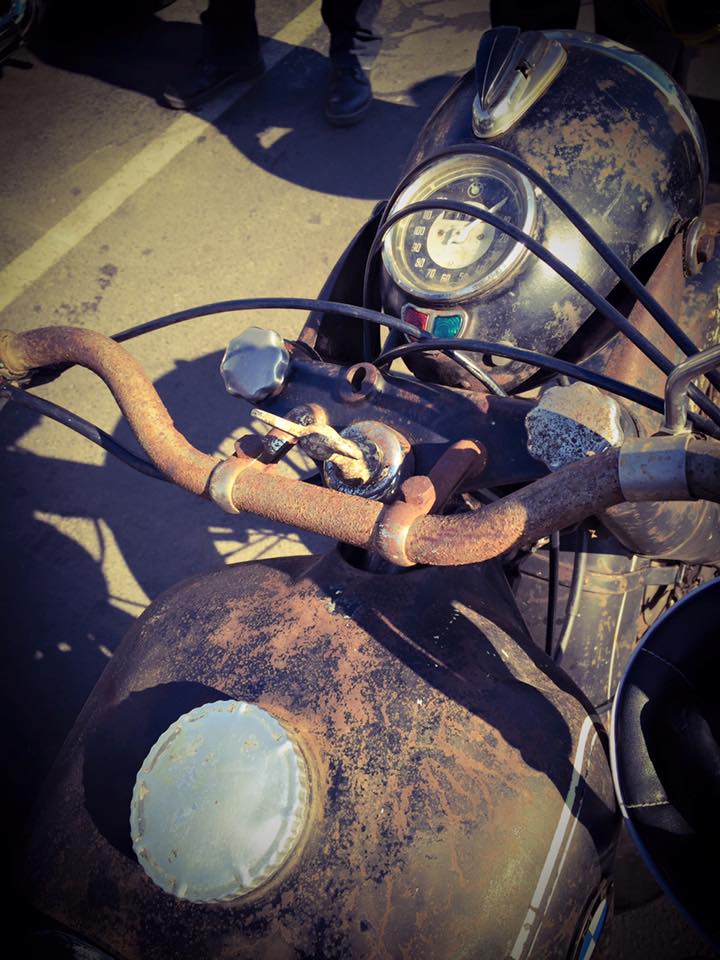 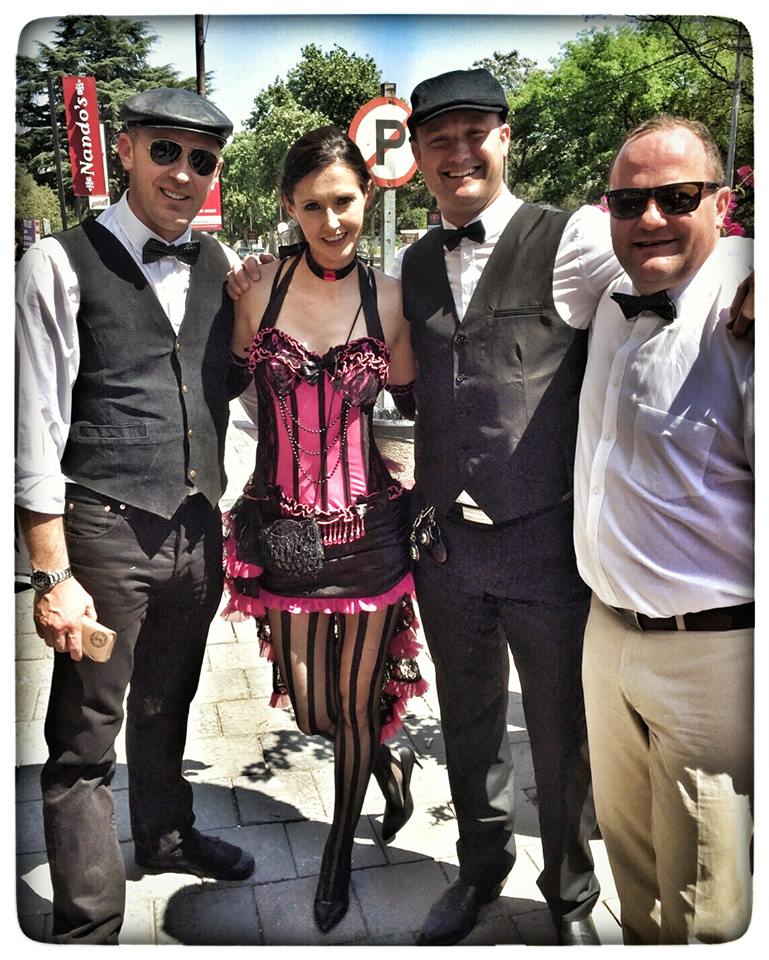 The Distinguished Gentleman’s Ride was themed on the classic lines of Don Draper’s 1957 Matchless G3LS. It is a niche charity event in its fourth year. Participants are required / requested / commanded to dress DAPPER and ride steeds of a classic or custom blood line. The ride is free, but in good will all riders should register on-line and (if a prostate is of any importance to you) donate to the cause. 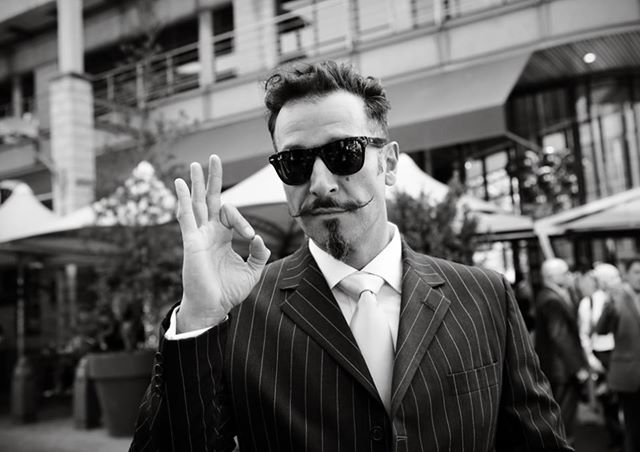 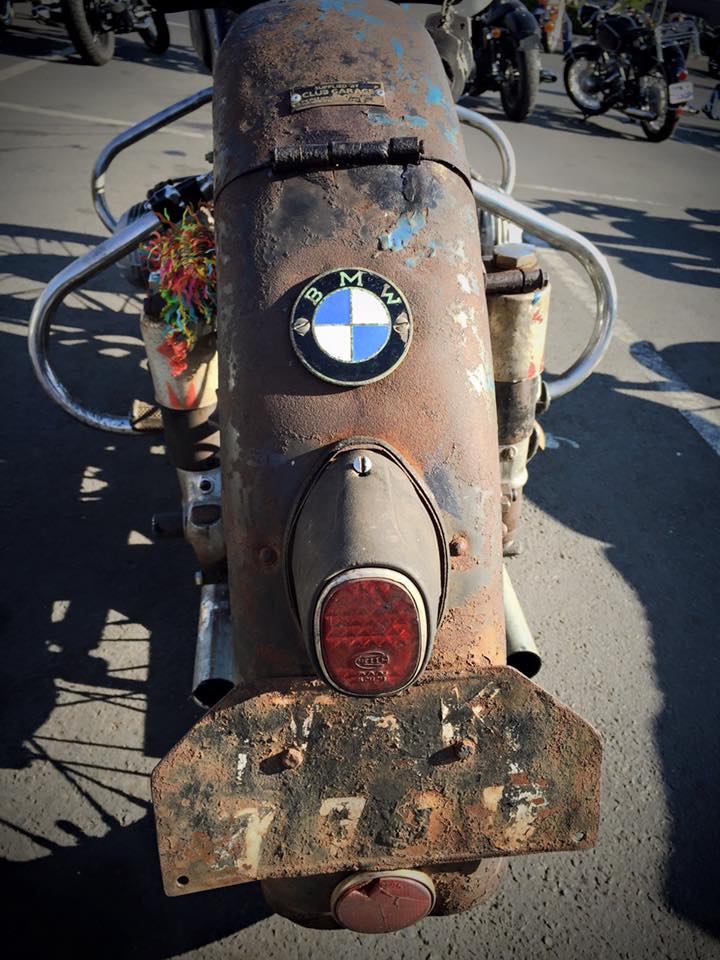 $2.3 Million USD was raised globally this year to assist in finding a cure for a disease that kills 1300 men a DAY worldwide. Joburg’s contribution tallied to R160 000! The focus is on gentlemen who have been dealt a tough… uhmm… ‘hand’… in life. 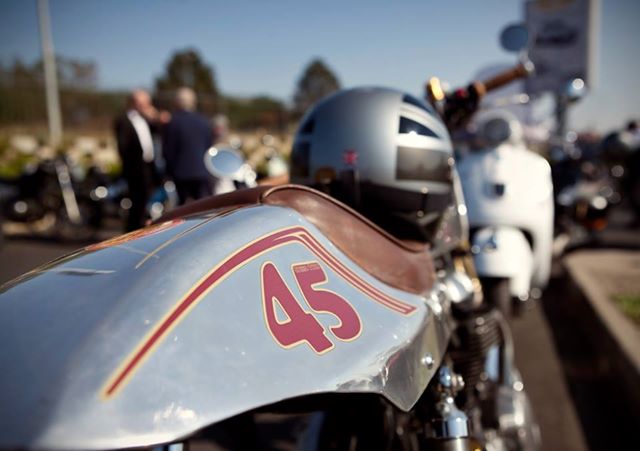 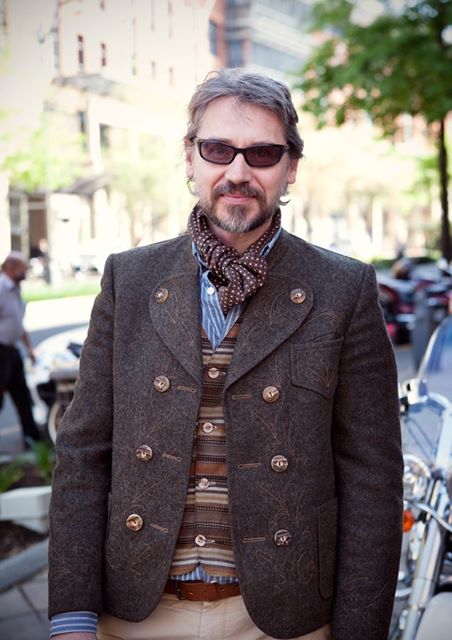 Johnny from Ducati graciously borrowed us two Ducati Scramblers for the day - yet another Mostert and Matiesous. We fell in lurrrrv!

Donovan Fourie noted that the Scrambler is a nice to have second bike, but… Kraai and myself did NOT agree. For chickens that can only afford one bike; that rides long trips, ride off-road, that commute daily, that stunt – this is the only bike you will ever need. The seat took to my bum like a Jockey panty. It is a light weight canon with more than enough grunt to run from any undercover cops chasing an unsuspecting victim. The front wheel drew air even at the slightest twist of the throttle. And let’s not even start on how sexy the lines are on this Duc. 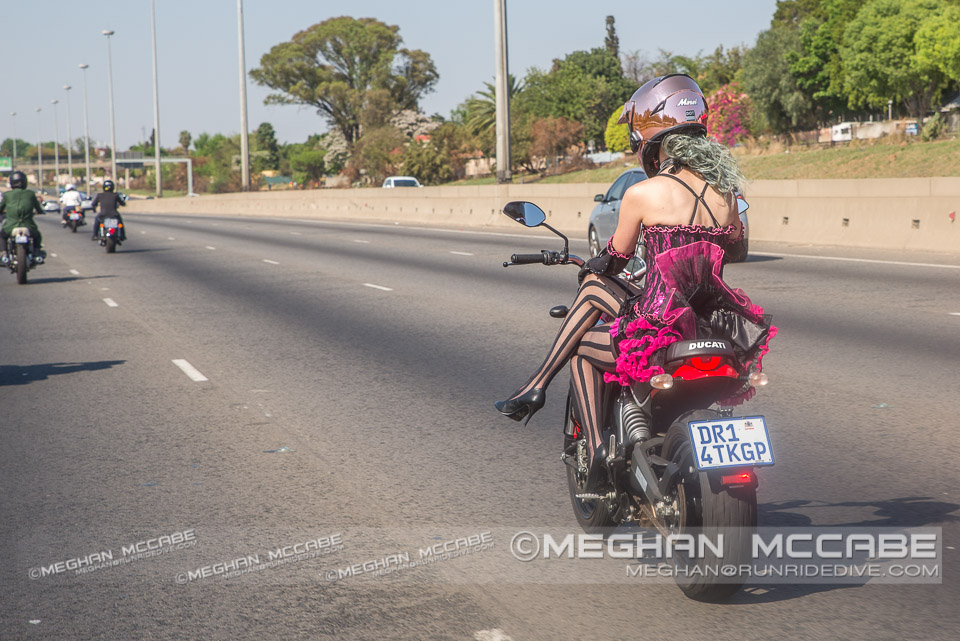 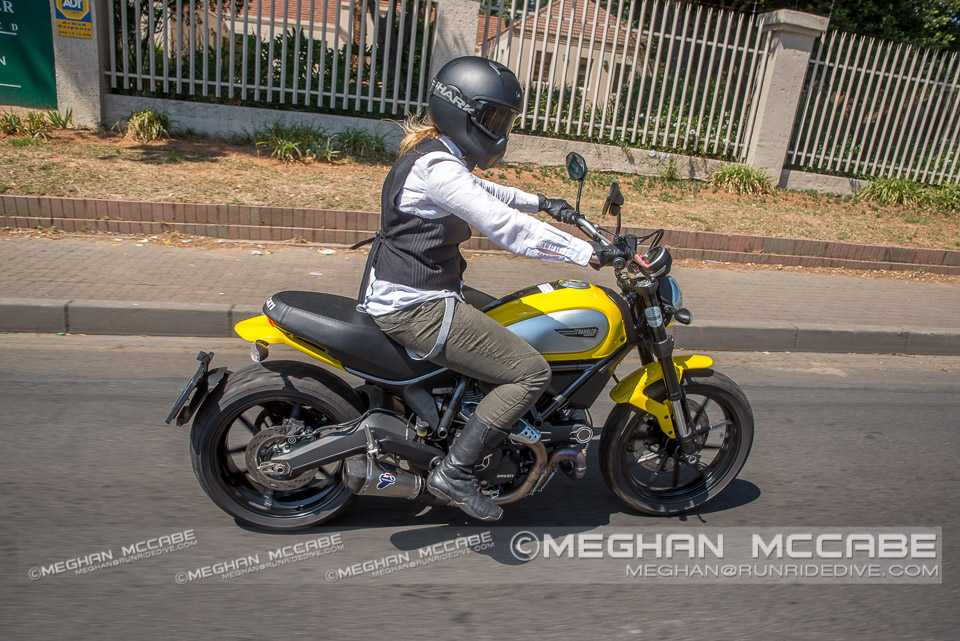 We dressed up in our most notable ensembles, powdered our noses and set our locks. This was a haal-uit-en-wys event – not literally though…

First stop was at Traditional Triumph in Edenvale. We met up with other lovely gentlefolk and shared a steaming cuppa.

Next stop was the start of the official ride at News Café in Woodmead. Hundreds of bikes were sparkling in the parking area. Chrome outnumbered ties & corsets. Through the misty haze of smoke bellowing from Tabaco pipes, we could see the usual lads like Joe and Marnitz (the organizers), Charley (the Coop) and even Simon Fourie (dressed in the only item with a collar in his closet).

Joe and the ‘two-legged’ love of his life, Monique. 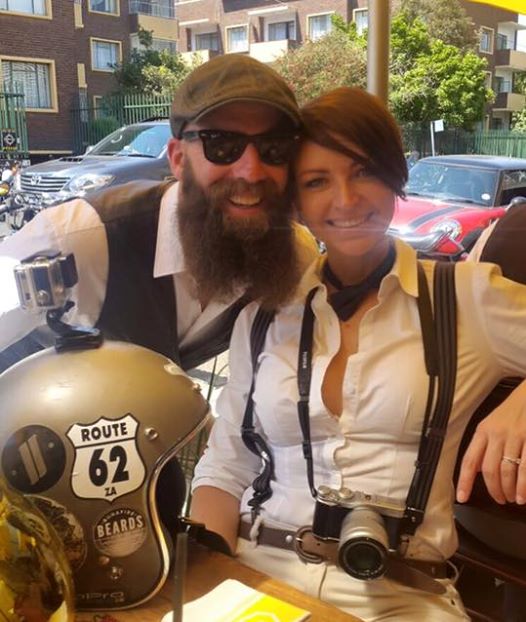 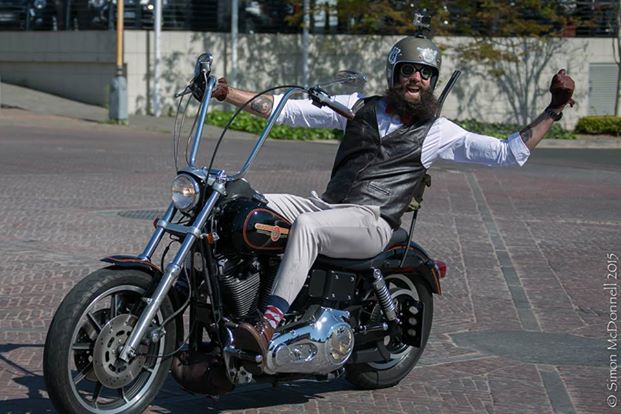 Marnitz, the fella that started it all!

Charley, the legend of long stories.

Simon, a chap that can roll his old wheels at a fast pace.

I might have made a tactical error not going to a physician for 20 years. It was one of those phobias that didn't pay off. ― Warren Zevon

Prostate cancer is an abnormal growth of cells in the prostate that form a lump (tumour). In time, without treatment, it may spread to other organs, particularly the bones and lymph nodes, which can be life threatening. In the early stages of prostate cancer, there may be no symptoms at all.

Most cancers are slow-growing. Post mortems show that 80 per cent of men aged 80 have cancer cells in the prostate that may have been present for 20 to 25 years… and they have died of other causes.

A man has a one in five risk of developing prostate cancer by the age of 85. A man with a first-degree relative who has been diagnosed with prostate cancer (brother or father) has at least twice the risk.

Cancer myth? Dr. Servan-Schreiber: “That cancer is a genetic lottery and that you inherit your cancer risk from your parents' genes. In reality, at most 15 percent of cancers are related to genetic vulnerabilities. Yes, cancer runs in families, but that is because our parents pass on their poor lifestyle habits, which matter more than their genes.

African-Americans have the highest rate of prostate cancer in the world.

After a good banter and chat, 300 bikes pulled out to stroll down the Johannesburg roads. Traffic came to a complete stand still as spectators parked courteously on the side of the road to watch as suave riders passed by and tipped their lids in thanks. 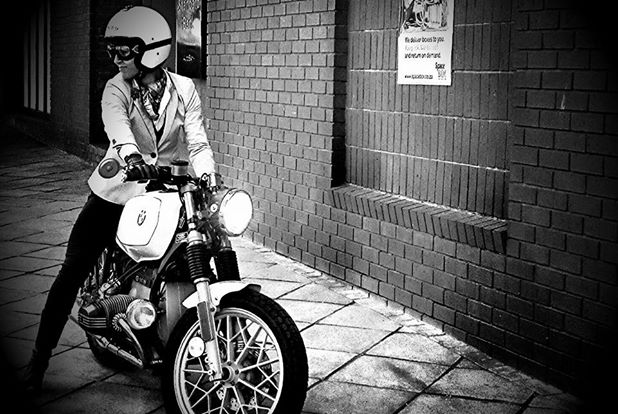 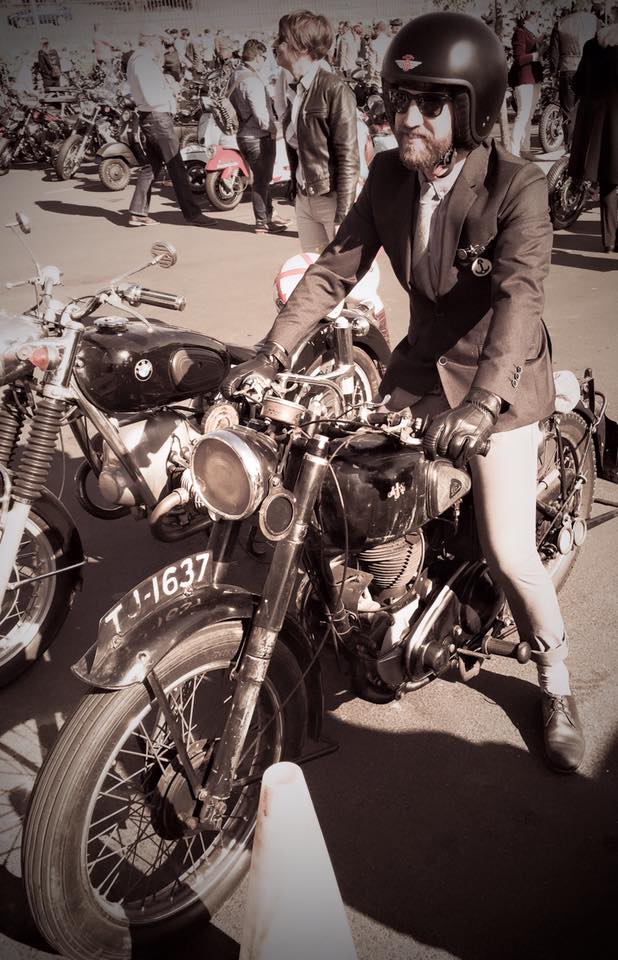 Each year, one in nine men develops prostate cancer, and close to 500 000 men will die from the disease. 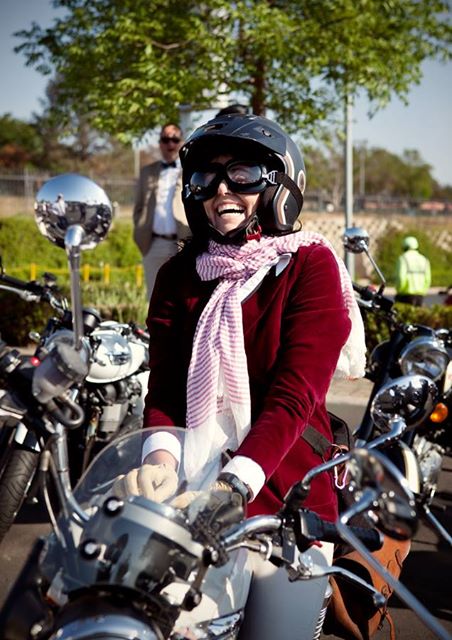 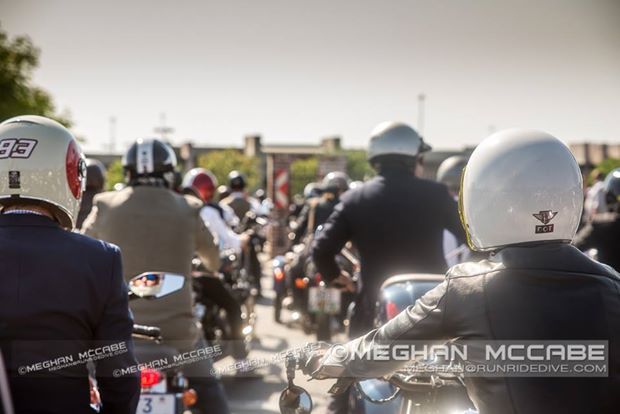 Most guys don't understand why having a prostate exam is important, but usually they get it in the end.

The obvious thing is to think about what we could remove from our diet. But I took a completely opposite approach and began asking: What could we be adding to our diet that could boost the body’s defense system? In other words, can we eat to starve cancer?” - William Li

We stopped at Melrose Arch for a light breakfast, though serving 300+ customers turned out to be impossible. By the time we got our toasted zamies, the group was firing up their engines again. We verslind the toasties and took a few quaffs of our pints, just in time to slot back into the tail end of the group.

You should try to eat six portions of brightly colored fruit and vegetables a day. Include three portions of oily fish a week, such as salmon, herrings, mackerel or sardines, which are rich in vitamin D and essential fatty acids, omega-3 and omega-6. There is evidence that selenium, a trace mineral, helps lower the risk of prostate cancer by combating cell damage. Selenium is found in broccoli, Brazil nuts, seafood, asparagus, brown rice and onions.

Luckily Arnold wasn’t mad because his two Triumph Scrambler girls were on Ducati Scramblers this year. 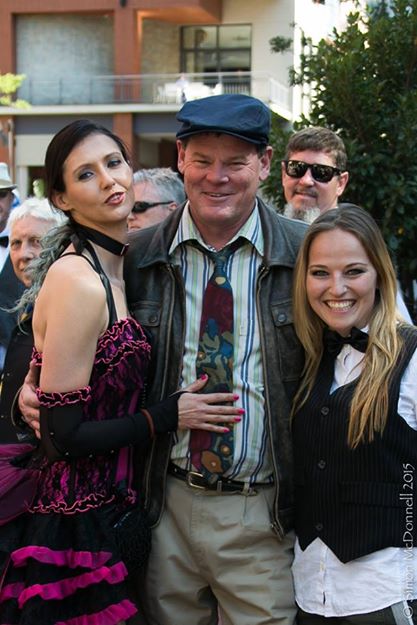 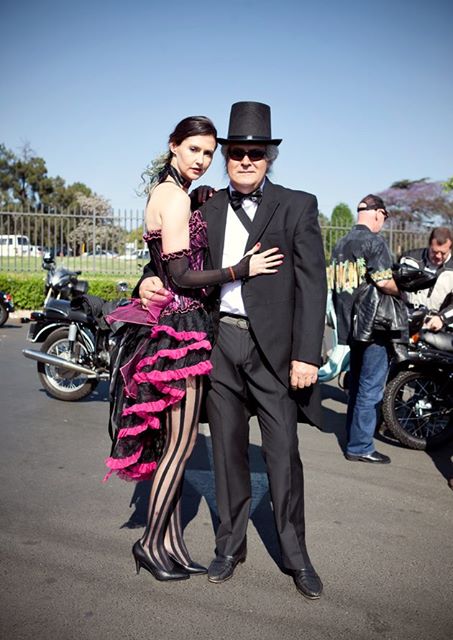 To-may-toes, to-mah-toes!!! Eat them - they are good for the prostate.

According to an American study of 47 000 men over six years, those who had at least 10 servings a week of tomato-based foods were up to 45 per cent less likely to develop prostate cancer. 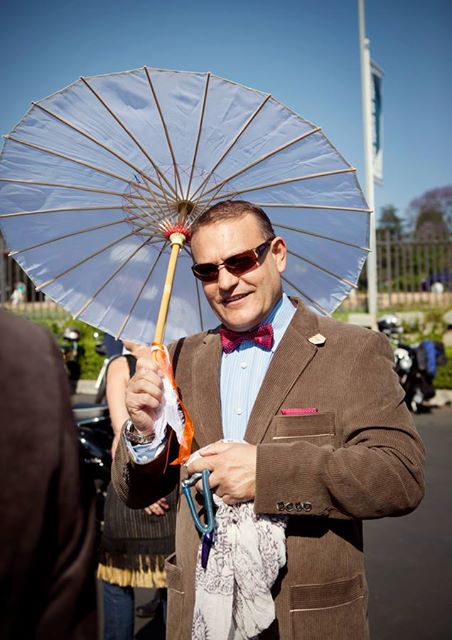 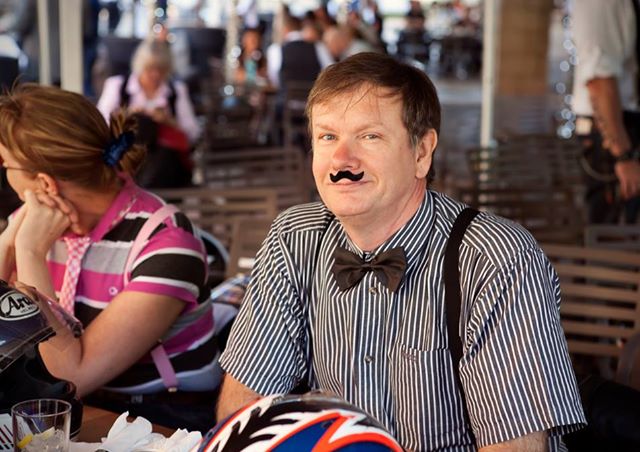 Drink plenty of the right stuff. Japanese and Chinese men have very low levels of prostate cancer and green tea is thought to be one reason why. This is because it's rich in polyphenols, which have antioxidant properties.

Why the Walnut? Once you start reading anything about the Prostate you will find it almost always says 'this walnut-size gland'! The Romans named the tree which bears walnuts, Juglans regia - Nut of the Gods.

It’s not as if I don’t know that the cancer is clever and conniving and hell-bent on destruction. And that it has mastered every evolutionary trick in the book in order to outwit us, its human hosts. But I also see the enemy for what it is — a mindless collection of damaged cells that are clinging to life at all cost. Too bad the only food they have to eat is us.

And if you think about it, a cancer’s life is pathetic. It can’t enjoy a Bach cantata or swoon before a beautiful sunset. All cancer cells do is reproduce endlessly, and there’s no fun in that because it’s an asexual, strictly solitary affair. No steamy nights in bed with a lover.

But by far the ultimate irony is the stupidity of cancer. Think about it: If it kills you, it kills itself. And leaves behind no fond memories or adorable grandchildren.

Dr Charles "Snuffy" Myers: “Prostate cancer is like golf. You need to play it as it lies. Because the disease is variable, each treatment solution requires a unique strategy."

From here on we went to colonize the Foundry pub in Rosebank. If we could turn back time to 1960, I would imagine sitting in a pub in London, tipple in hand, waiting for the first Café racer to turn the last corner.

Q: Should I reduce my alcohol intake?

A: No, not at all. Wine is made from fruit. Brandy is distilled wine, which means they take the water out of the fruity bit so you get even more of the goodness that way. Beer is also made out of grain. Bottoms up!

"Recovery of continence and sexual function after treatment for prostate cancer can be compared to the Dow Jones average: Better some days; worse others; but hopefully in a generally positive direction."

From here the squires gallantly made their way to the last stop down the road in Greenside. Ties were loosened and heals kicked under the table. Talk ranged from the nature of a true gentleman, to the heartbeat of a restored classic.

The price of anything is the amount of life you exchange for it.

Ladies and Gentleman, may we take this opportunity to thank you for your efforts in helping fund a cure for prostate cancer and for sharing with us in the life-affirming merriment of The Distinguished Gentleman’s Ride 2015.

*Sources for most of this stuff: American Cancer Society and National Prostate Cancer Coalition*

Your donations assisted in the renting of our fabulous outfits – DANKIE!

You can do an EFT transfer to the account below